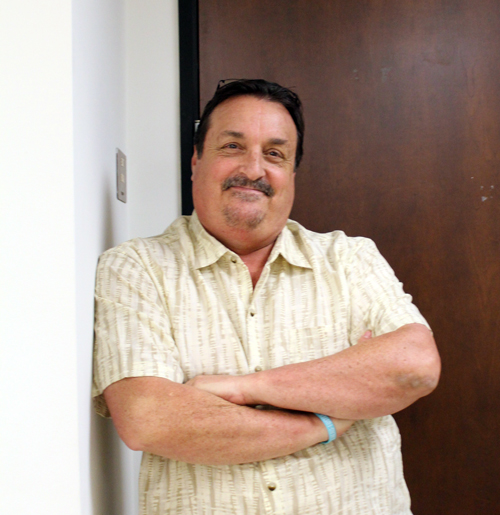 I first heard the word kinship/relative caregiver 15 years ago when I stepped in to care my niece, Kindra. She was just eight years old when I brought her into my home. At that time, the child welfare system in my county seemed unprepared to help and support me and I was left to navigate the system on my own.

As an uncle, a single male, and with no children of my own, I encountered many unanticipated issues. It seemed no one could understand why a man was enrolling an eight-year old in school. Taking her to appointments with the doctor, dentist and optometrist created confusion. At times, I was questioned about our relationship and why she was in my care and I had only had a single piece of paper – a “placement paper” – to explain who I was and why there was not a woman “in charge.”

I managed to get though all that but became very aware that I was viewed with suspicion.

My sister, Kindra’s biological mother, was unable to complete reunification and Kindra’s father had not been in the picture since the detention hearing two years earlier. I chose to become Kindra’s legal guardian because I felt that adoption was not the right choice as she was then 10 years old and I did not want to disrupt an already fragile situation.

Kindra had been exposed to many traumatic situations in her first eight years and the consequences of that had begun to surface. In addition, I was unprepared for puberty, junior high school and the pressures associated with being a twelve-year old girl. The adorable eight-year-old I first took in grew into an unfamiliar adolescent. Luckily, I knew that the child welfare system could support us through this period and sought out therapy for both of us. It was challenging to get the system to be responsive but finally we got the help we needed.

I was also lucky that Kindra and I had a support system through one of her friends and that friend’s parents. We worked together getting the kids where they needed to be. I became a “soccer mom” and drove carpool. I became an expert at the use of a hair straightener, how to care for freshly pierced ears and what shoes go better with an outfit. I sought out others when we needed their expertise for all things “girlie.” I wanted Kindra to enjoy all the usual pre-teen experiences including sleepovers, but at first, I felt uncomfortable inviting her friend to spend the night due to the suspicion I’d faced as a single male parent. Fortunately, the parents of Kindra’s best friend trusted me and the girls went back and forth between our homes freely. Kindra and I learned and grew together and found the supports we needed when we needed them most.

Although I faced some suspicion and misunderstanding because I was a single male parent, the journey was well worth it. Caregivers come in many shapes and sizes: an uncle, father or grandfather may be the perfect caregiver to step in to raise a young child. It helped me to meet the suspicion head-on and invest my energy in finding the right supports as we needed them to make the child welfare system work FOR us rather than against us. I could not be a prouder of Kindra: she graduated from high school and is now in her last year of college. This quote from Kindra says it all: “Growing up with a childhood full of trauma and abuse, there were very few moments where I felt safe and very few people with whom I felt protected. Being put into my uncle’s care was the best decision that could have ever been made for me. It wasn’t an easy road by any means, but I have no doubt in that it completely saved my life.”